The company’s success in diagnostic imaging devices is due to their innovation and, in part, the success of Samsung Medison, an affiliate of Samsung Electronics.

Samsung sonograms play a leading role in the industry due to their revolutionary design and range of applications.

At UltrasoundQuotes, we offer a range of Samsung ultrasound machines for you to choose from.

There are a number of top Samsung ultrasound systems, including the Samsung HS70A with Prime. This machine is a color console system, ideal for OB/GYN needs because of its “Realistic Vue” capabilities, offering 3D anatomy and realistic depth perception.

The Samsung HS50 and HS60 are two more reliable models. The HS50 offers faster boot-up times and frame rates while the HS60 has greater image uniformity and reduced signal noise.

As far as Medison models go, the Medison MySono U5 is compact, with a conveniently intuitive user interface and efficient design.

The Medison Accuvix A30 is a mid-high range Samsung ultrasound system with innovative features. 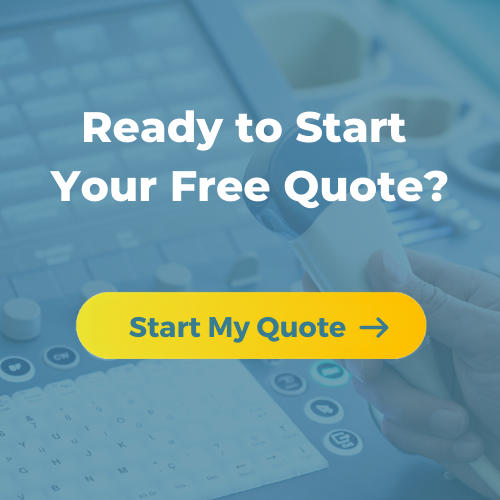 We have a live agent available to take your call NOW! Call us now to speak to our team about finding the ultrasound machine you need for your business.